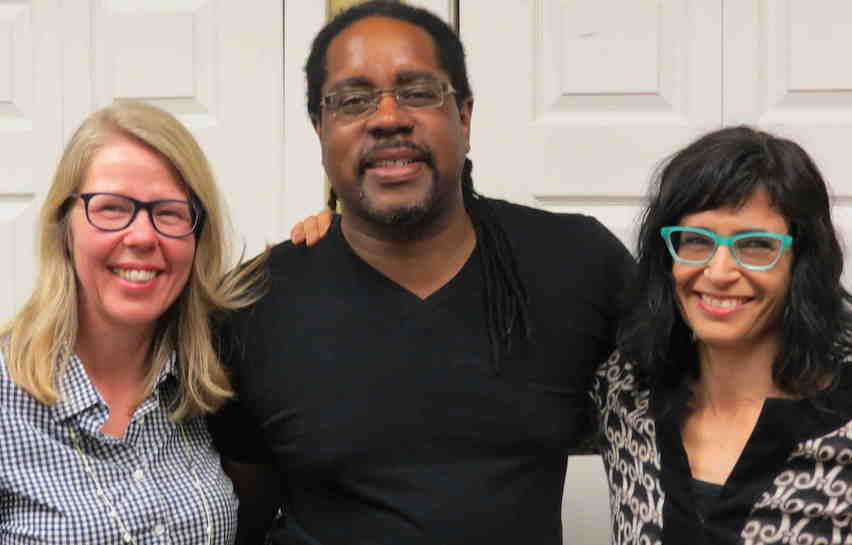 Our guests today -- Julia Mickenberg, Rich Reddick, and Kate Catterall -- teach a unique grant-funded experimental collaborative course at the University of Texas at Austin called "The History and Future of Higher Education" that was inspired by the goal "to make UT the smallest big university in the world." In this lively and important exchange, they join Thorne Dreyer and Alice Embree in a discussion of the special nature of the course and of the larger issues related to higher education in the United States.

In conversation with visitors from UT, the Austin community, and elsewhere, students from three disciplines are collaborating to create proposals for addressing problems in higher education. Guests have included faculty from UT and colleges across the U.S., internationally-known designers, and a college president. (Plus The Rag Blog's Thorne Dreyer and Alice Embree!) Students are researching capstone projects on technology, economics, culture, society, politics, and academics in higher education -- considering history, current/future context, and design elements.

Julia L. Mickenberg is Associate Professor of American Studies and an affiliate of the Center for Women and Gender Studies and the Center for Russian and Eastern European Studies at UT-Austin. She is the author of the award-winning "Learning from the Left: Children's Literature, the Cold War, and Radical Politics in the United States." For the past 18 months she has been chairing the Faculty Innovation task force at the University of Texas at Austin.

Richard J. Reddick is an award-winning Associate Professor in Educational Administration, with courtesy appointments in the Department of African and African Diaspora Studies, and the Warfield Center of African and African American Studies, all at the University of Texas at Austin. A game show maven, Dr. Reddick is also a former Jeopardy! champion and Wheel of Fortune College Week champion!

Kate Catterall, is Associate Professor, Design, at The University of Texas at Austin. Catterall, who studied at the Glasgow School of Art in Scotland, has lived in the United States since 1993, undertaking a broad range of projects through which she has explored the history, form, and cultural relevance of design.

Rag Radio (www.theragblog.com/rag-radio/) is produced in the studios of KOOP 91.7-FM, an all-volunteer, cooperatively-run community radio station in Austin, Texas, in association with The Rag Blog (TheRagBlog.com) and the New Journalism Project, a Texas 501(c)(3) nonprofit. The host and producer of Rag Radio, Thorne Dreyer, is a prominent Austin-based activist and writer who was a pioneer of the ’60s underground press movement. The show’s engineer and co-producer is Tracey Schulz and the staff photographer is Roger Baker. The syndicated show is broadcast (and streamed) live Fridays, 2-3 p.m. (Central) on KOOP (www.koop.org/listen-now), and is later rebroadcast and streamed on WFTE-FM in Mt. Cobb and Scranton, PA., on Houston Pacifica's KPFT HD-3 90.1, and by KKRN, 88.5-FM in Round Mountain, CA -- and as a featured podcast at Veterans Today (VeteransToday.com). Contact: ragradio@koop.org. Running time: 55:36.